How to reach the stop Perrache ?

Getting to the meeting point in Perrache is very easy, as several major public transport routes reach this place. First of all there is the subway line A, which links Perrache station to Place Bellecour, Hotel de Ville, the 6th arrondissement, Villeurbanne and Vaulx-en-Velin la Soie. The T1 tramway reaches Guillotière, Part-Dieu and the Doua campus, as the T2 tramway reaches places like Jean-Macé, Grange Blanche or Saint-Priest.
The Navette Lyon stop is next to the train station, on the Place des Archives, and is therefore accessible from the various means of transport stopping in Perrache as well as at the Suchet tram stop. 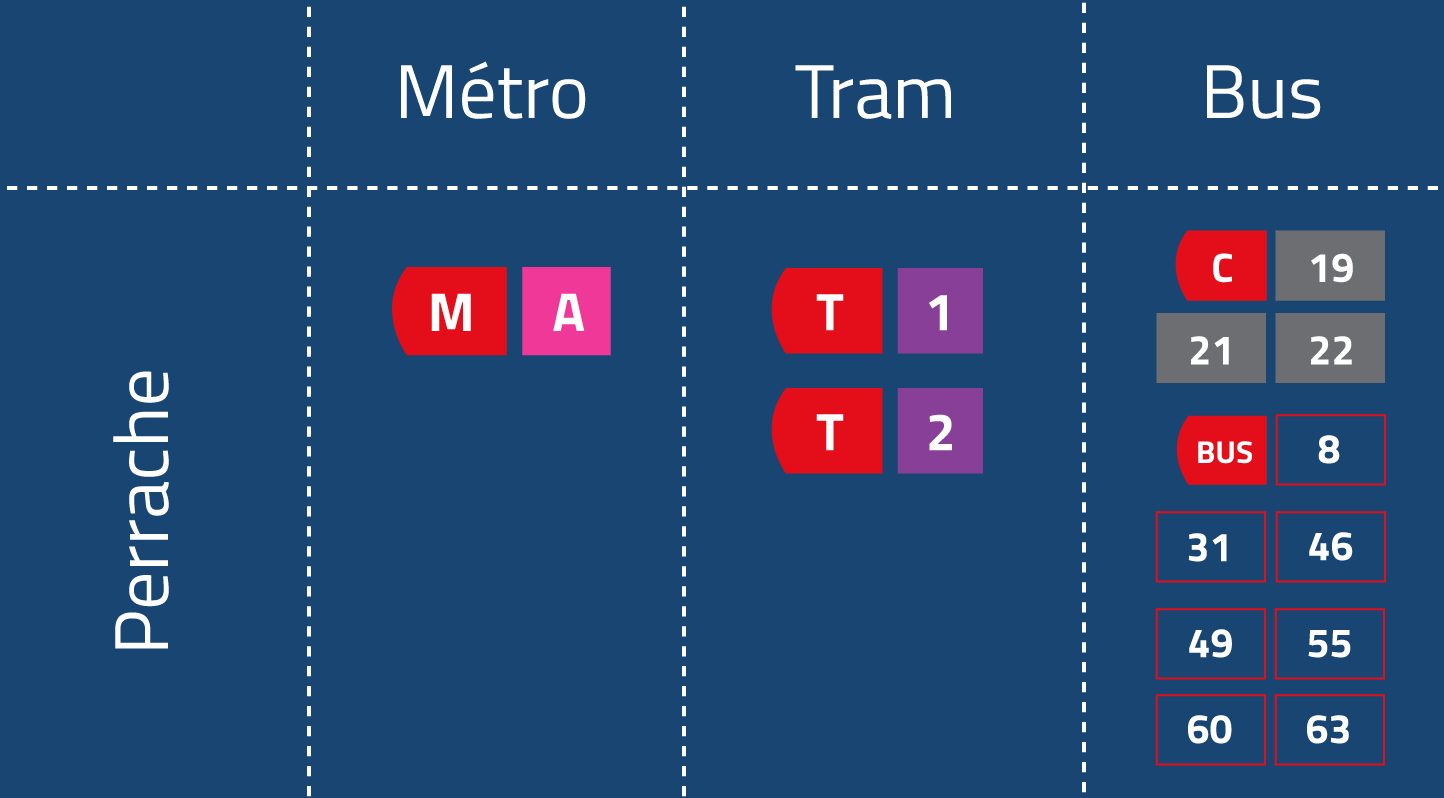 Why the stop Perrache ?

Our team selected this stopping point because it represents a nerve centre in the movements of the lyonnese people. This stop is located on the route of many tramway, metro, bus and trolley bus lines. Perrache station is one of the two main stations in the city of Lyon, so it welcomes several thousand passengers every day. Our drop-off and pick-up point is located at the south exit of the train station, on the Cours Charlemagne, just near the Catholic Faculty of Lyon.

Navette Lyon is a tailor-made service for our users, our team is available by phone at 0482826069 or by email at contact@navette-lyon.com. Since May 1st 2019 it is possible to reach the airport quickly and for less than 15€ thanks to our services which makes our shuttle service the fastest way to get to Lyon Saint Exupéry airport and the cheapest among all the modes of transport already available. For this stop point there is a variation in fares between day and night schedules.