The Shuttle Lyon shared shuttle service, which runs between the city center and Saint-Exupéry airport day and night, now drops off and picks up passengers in front of the NH hotel.
How to reach the shuttle from the different terminals and the Saint-Exupéry train station?

To reach the NH hotel, it is very easy, the stop is not even 3 minutes walk from terminals T1 A & B and T2.

The NH hotel parking lot is a convenient drop-off point, as it is clearly indicated at the exit of the terminals and in the hall of the Saint-Exupéry TGV station. Don’t panic if you missed the sign, the staff of the airport and the train station will be able to show you the direction and the way.

Otherwise, you can also, and we strongly advise you to do so, use the itinerary button that we have set up at the bottom of the page, which will send you directly to Google Maps with the pedestrian route mode that will guide you step by step to the shuttle.

From terminal 1 A and B, you have to go to the NH Hotel, located right in front of it. It couldn’t be quicker.

The NH parking lot is a space where any type of vehicle can go, so there may also be cabs or vtc lyon parked on this space. The meeting point of the shuttle is located, it is quite easy to locate the shuttle.

The users must be present ten minutes before the announced departure of the shuttle, since the driver waits only a few minutes on the parking lot, in order to keep a good rotation of the shuttles between the city center of Lyon and its airport. 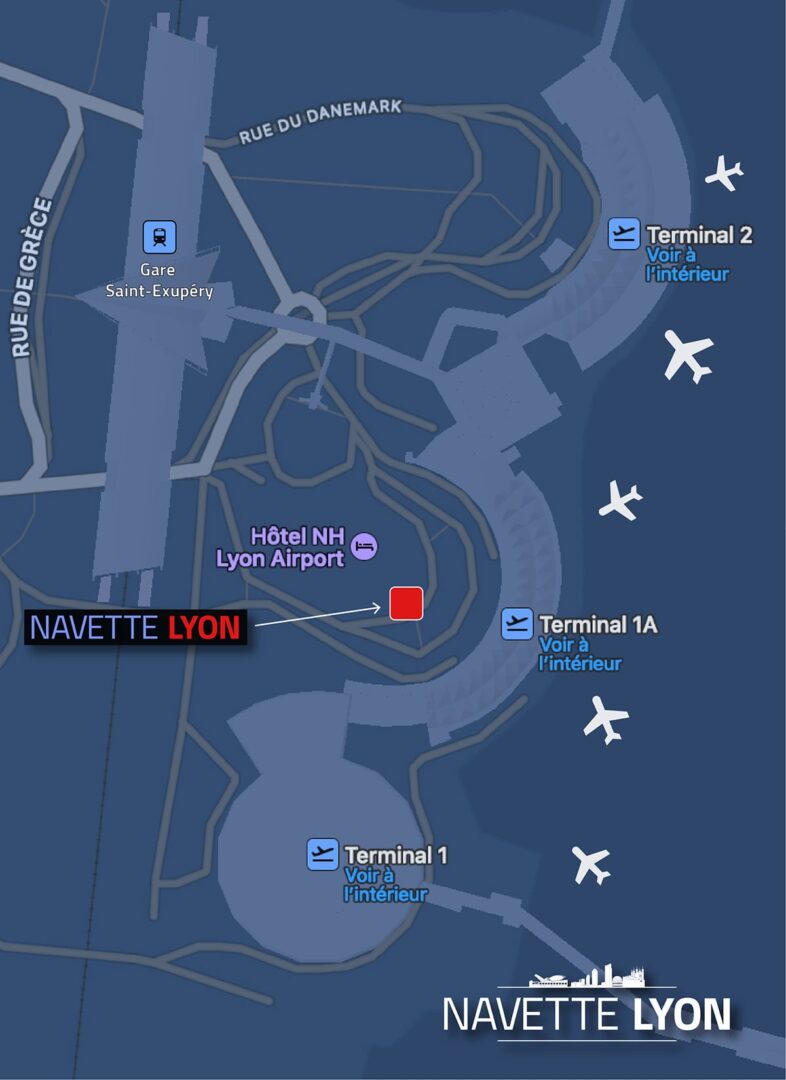